In the study we tested ropes made of different materials (Nylon, Polyester, Dyneema®). The ropes were disinfected one time by being submerged in a solution of 70% Isopropanol and 30% distilled water for 3 minutes and then left to air dry naturally for 48 hours before being tested for their residual strength. A user had an Enforcer connected to a steel cable, or wire rope. As the cable was loaded it unwound, twisting the Enforcer’s swivel eye and the friction generated unscrewed the bolt holding the swivel and it came apart. "Two men were pulled, unresponsive, from a 25' manhole by emergency services."

"Two brothers, in their 20's, were recovered from a crude oil tanker that they had been tasked with cleaning." - Return the 3D directly to CMC for a no-cost full replacement of the product. CMC will issue a call tag for pick-up of the item and cover all cost of shipping. We've all heard of someone who "broke a hip."  But what exactly does that mean?  In fact, what exactly are the hips, how do they break, and what can we as first responders and rescuers do about it?

Not surprisingly this is a complex topic with a huge amount of anatomy and physiology involved as well as a lot of research, and sometimes conflicting opinions, on how best to treat.

This blog aims to give you a basic, but comprehensive overview of Pelvic Instability or Trauma.  We'll examine the relevant Anatomy and Physiology, Epidemiology, Classifications, Signs and Symptoms, as well as Treatment options for patients suffering from Pelvic Trauma.  Stay safe! 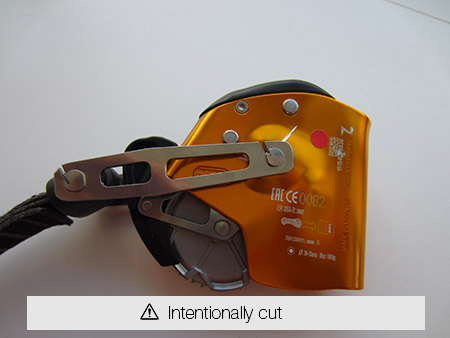 FACT: March, 30 2016 - During routine equipment inspections one customer detected cracks on the stainless steel arms on 3 ASAP LOCK units. These 3 defective products will be returned to Petzl for analysis. One of the challenges with any rescue operation is striking a balance between safe rescue methods that workers can learn and remember when needed and a plan that covers and addresses every aspect of risk.  How do you keep the rescuers safe, while making sure the rescue plan isn't so complicated that it takes 3 hours to make entry?

Black Diamond announced on 4 Feb 2016 that they would be doing a voluntary recall of a number of their carabiners and quickdraws manufactured between Dec 2014 and Jan 2016 citing that possible defects in the gate could lead to carabiner failure or malfunction.